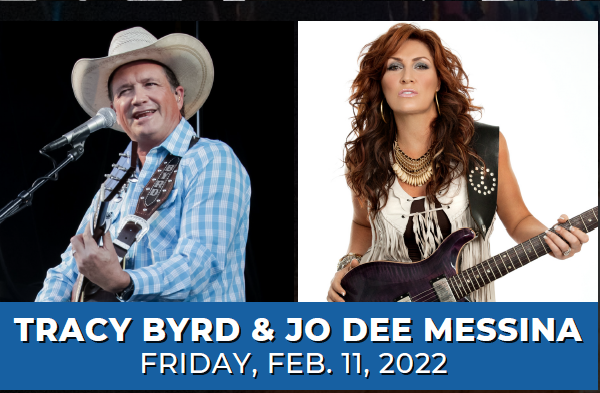 Country hitmaker Tracy Byrd first reached No. 1 in 1993 with “Holdin’ Heaven,” and he followed up with a string of hits that include “Watermelon Crawl,” “Big Love,” “I’m From the Country,” “Ten Rounds With Jose Cuervo,” “Drinkin’ Bone” and “The Keeper of the Stars,” which won ACM Song of the Year honors in 1996. He’s released 34 singles and 10 studio albums, four of which have been certified gold, one platinum and one double platinum by the Recording Industry Association of America.

Please note:
This performance was rescheduled from its original date in April 2021. Any tickets that were previously purchased will automatically be transferred to the new show date.

This event will be hosted outdoors. Rain or Shine.

We use cookies to optimize our website and our service.
Manage options Manage third parties Manage vendors Read more about these purposes
Preferences
{title} {title} {title}