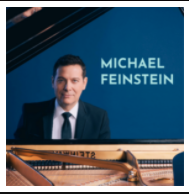 Michael Feinstein has built a dazzling career over the last three decades bringing the music of the Great American songbook to the world. From recordings that have earned him five GRAMMY® Award nominations to his Emmy nominated PBS-TV specials, his acclaimed NPR series and concerts spanning the globe – in addition to his appearances at iconic venues such as The White House, Buckingham Palace, Hollywood Bowl, Carnegie Hall and Sydney Opera House – his work as an educator and archivist define Feinstein as one of the most important musical forces of our time.

We will continue to adhere and adjust our operating protocols as public health guidelines evolve. Ticket purchasers will be notified by email of specific safety requirements prior to the individual event. If any precautions necessitate a change in seating, ticket holders will be contacted in advance with available options.