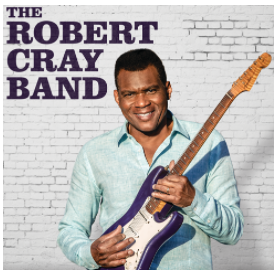 Over the past four decades, Cray has created a sound that rises from American roots, blues, soul and R&B, with five Grammy wins, 20 acclaimed studio albums and a bundle of live albums that punctuate the Blues Hall of Famer’s career. On That’s What I Heard, Robert celebrates the music of Curtis Mayfield, Bobby “Blue” Bland, The Sensational Nightingales and more, alongside four newly written songs.