Follow along with this vacationing family as they enjoy an unexpected-ly fun fishing trip in St. Lucie.

Driving over the South Causeway Bridge, the crystal blue water of the Indian River Lagoon catches my mother’s eye from the passenger side window. “Oh Carl, look at that beautiful blue water,” she says to my father, pointing to where several sailboats are moored along a mangrove island. “From the looks of it I think we’ve finally found our place,” he smiles.

Now that they’re both retired, my parents have chosen the quaint ocean side town of Fort Pierce to settle down, and this weekend my buddies Dave and Jason are helping me move my parents into their new home and take in some of the spectacular fishing the area has to offer. 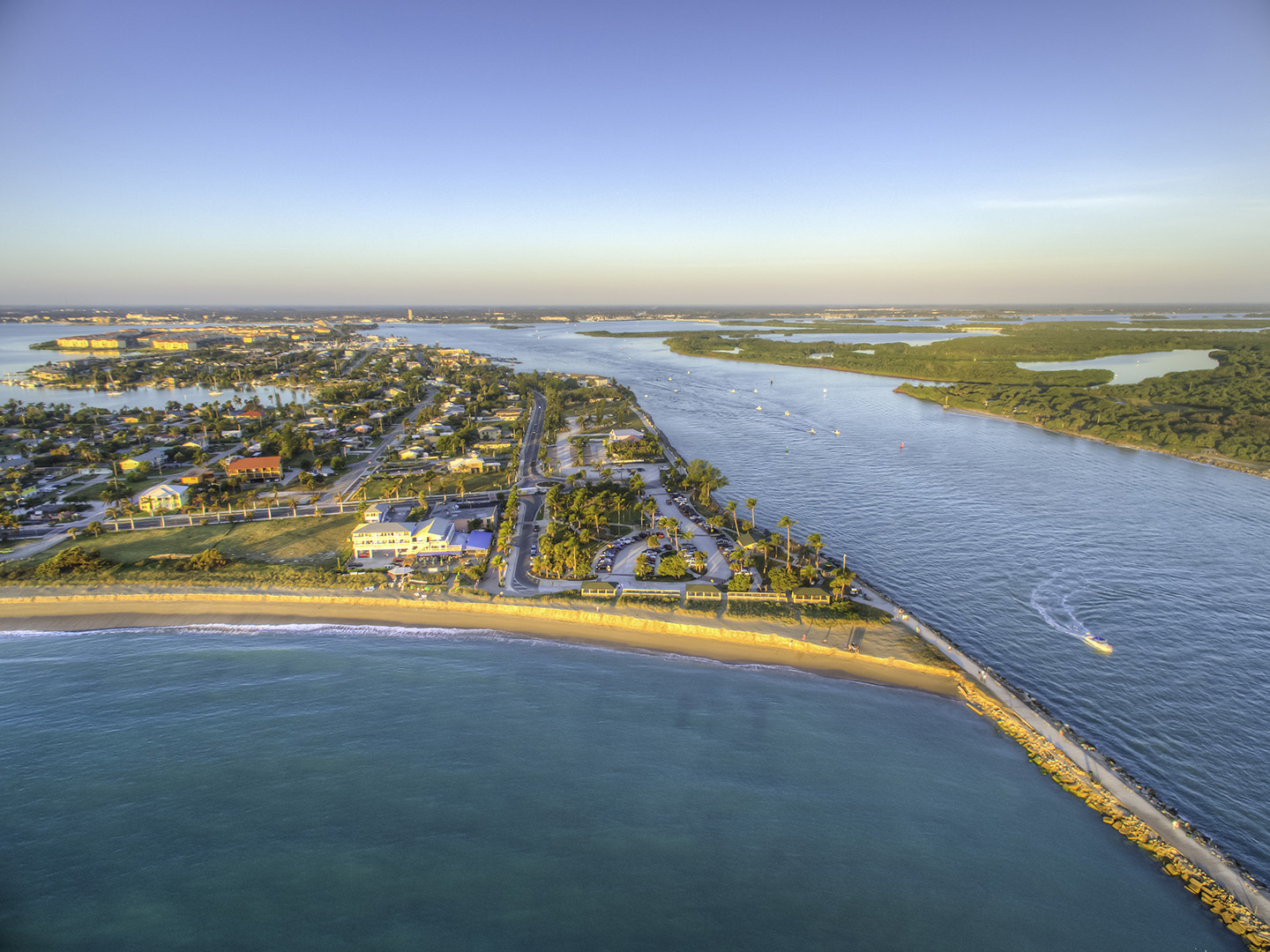 By noon my parents were all unpacked and decided to go for a walk along the beach, so the guys and I took Jason’s boat to North Causeway Island Park in Fort Pierce, one of the many free boat launches in the area to access the lagoon. Under the midday sun, the strength of the incoming tide floated our skiff over a lush field of seagrass teeming with a menagerie of splashing baitfish. Within minutes of casting artificial lures, all three of us were hooked up with several spotted seatrout and a half dozen or so slot-sized redfish.

“That was easy!” said Jason, as we made our way along the southern edge of Jack Island. “Now if we can just find a snook we’ll have the inshore slam guys!”

The clear ocean water revealed dozens of linesiders sitting along the undercut of the mangrove roots waiting for an easy meal to pass. “Got one,” said Dave, as a feisty snook leapt from the water. “Me, too!” I replied, landing an almost twin to his which completed our slams consisting of a redfish, snook and seatrout. “C’mon Jason, don’t be that guy,” we chided, as he tried enticing a smaller fish to come out of the roots, but would only swim up to his lure then refuse it at the last second. After several attempts he began to reel up when suddenly a large snook engulfed the offering, resulting in a brief tug of war that ended with Jason happily hoisting his huge fish for a photo to complete his trio.

“You can’t do this every day,” he laughed, while gently releasing it back to the water. 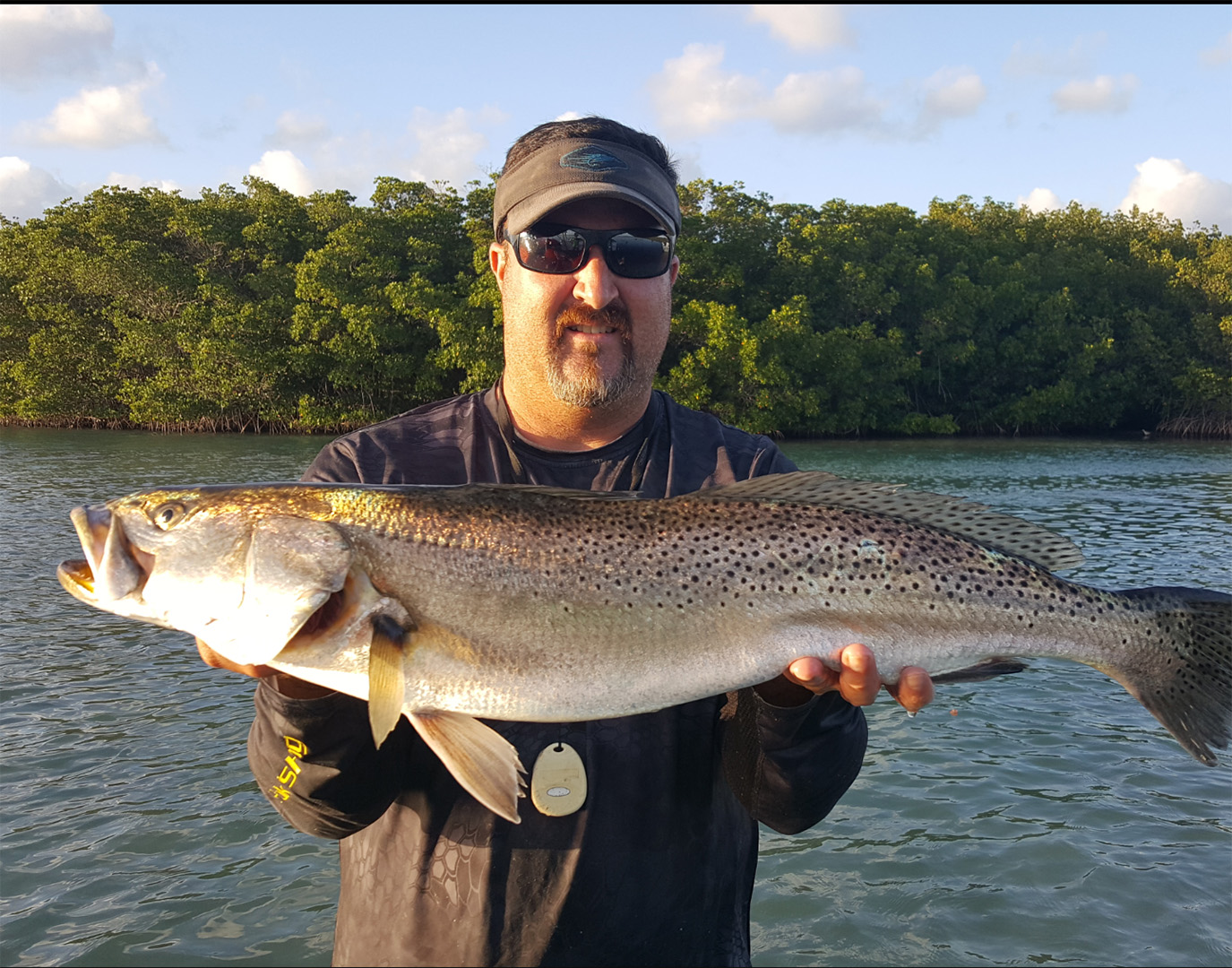 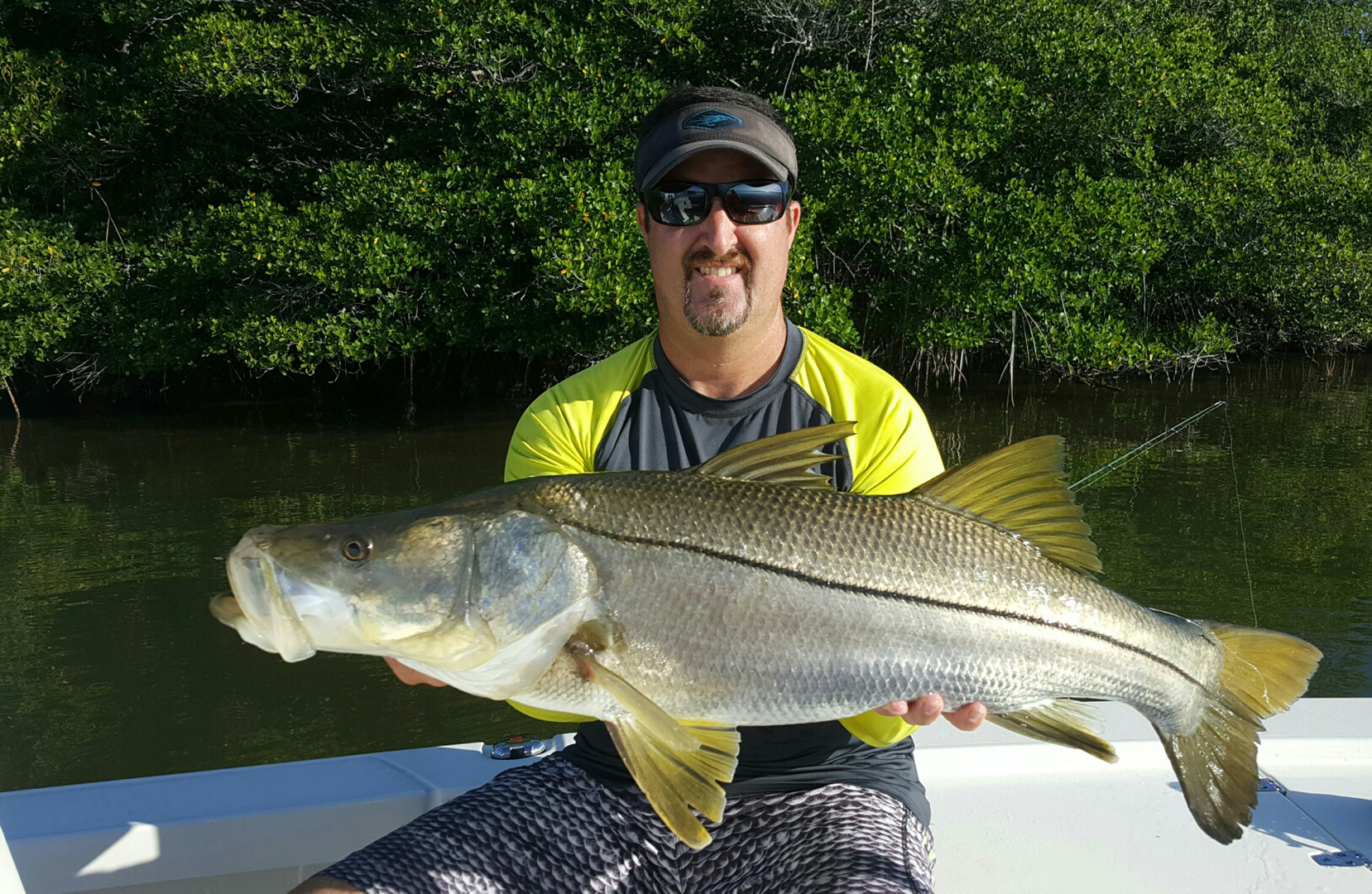 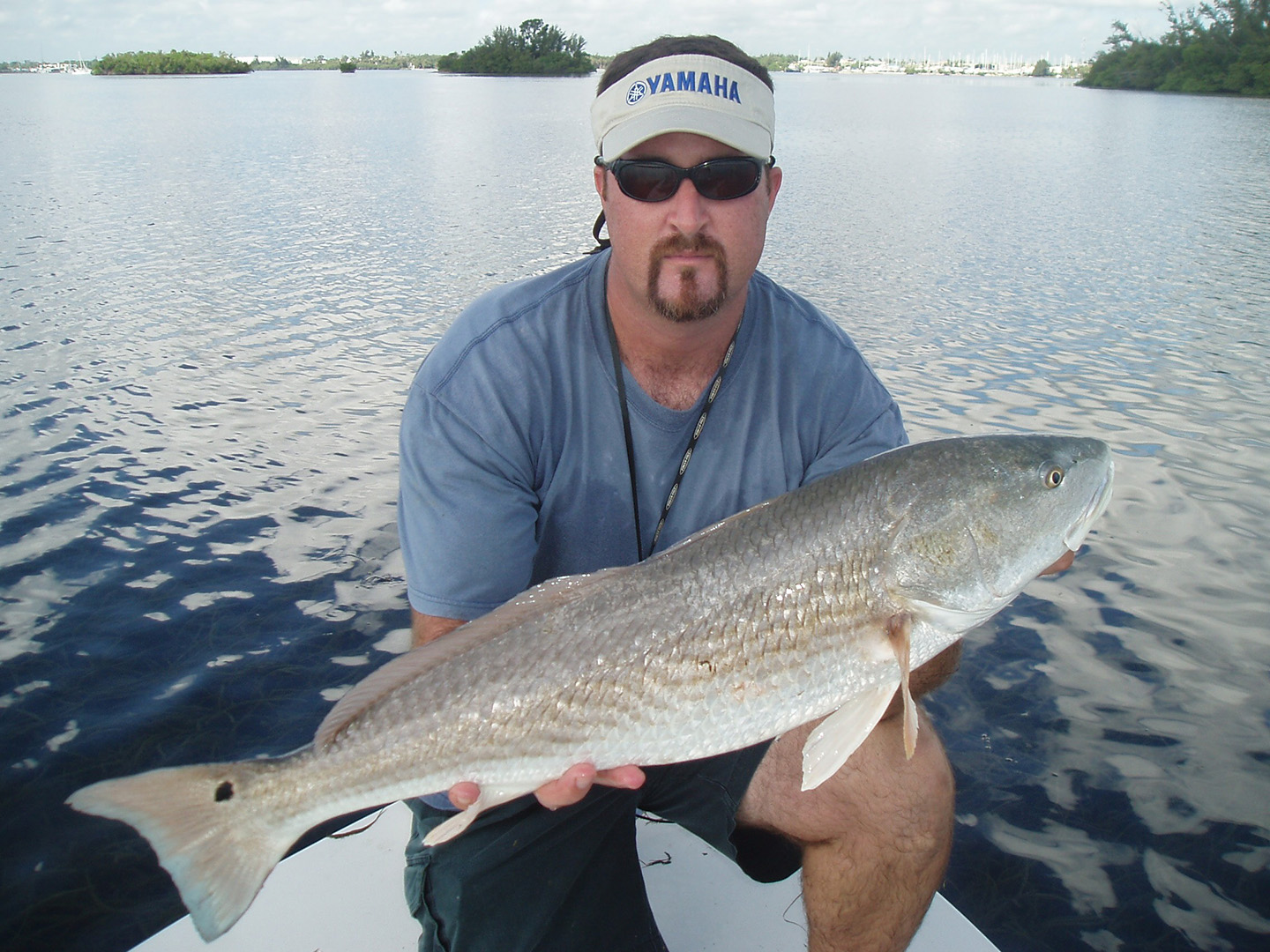 Bounty of the Sea

After the success of our inshore excursion, the following morning the guys and I decided to charter an offshore trip, as the Fort Pierce area is known as the “Sailfish Capital of the World,” huge migrations of Atlantic sailfish travel each winter as well as species such as wahoo, Mahi Mahi and grouper that are in abundance throughout spring and summer. The delectable mahi congregate in droves beneath floating weed lines and flocks of frigate birds, so we decided to target those to have fish for dinner, then bottom fish for the wide variety of grouper, snapper and amberjack that inhabit the many artificial reefs and wrecks in the area.

Leaving out of the Fort Pierce inlet aboard one of the many private charters available,  the crystal blue water lapping the sandy shore of the beach made me think of my wife and kids and how much they would love this place. I decided then and there to call my wife, Jennifer, and invite her and the kids to join me tomorrow for a day of fun. She was excited to hear all the public beaches are completely free, but I had other plans in mind.

After a short half hour ride, we came across a long stretch of floating sargassum where Dave and I caught several bull Mahi, then trolled for wahoo where Jason hooked a big drag screamer that gave him a good fifteen minute battle. Around noon we stopped to bottom fish over a reef and I was completely exhausted after winching up a huge amberjack with Dave and Jason landing several grouper species.

Arriving back at the newly renovated Fort Pierce City Marina, our Captain cleaned our fish then arranged for them to be taken next door to Cobb’s Landing, a festive eatery with waterfront dining that cooked and served our catch for dinner.

“Wow,” said Jason as he bit into his grouper sandwich. “That is out of this world.”

“If you think that’s good, you should try the Mahi steaks,” I said, grabbing a few off the platter the waiter had placed in the center of the table.

“It’s all good to me,” mumbled Dave through a huge mouthful of cheese grits giving everyone a good laugh. 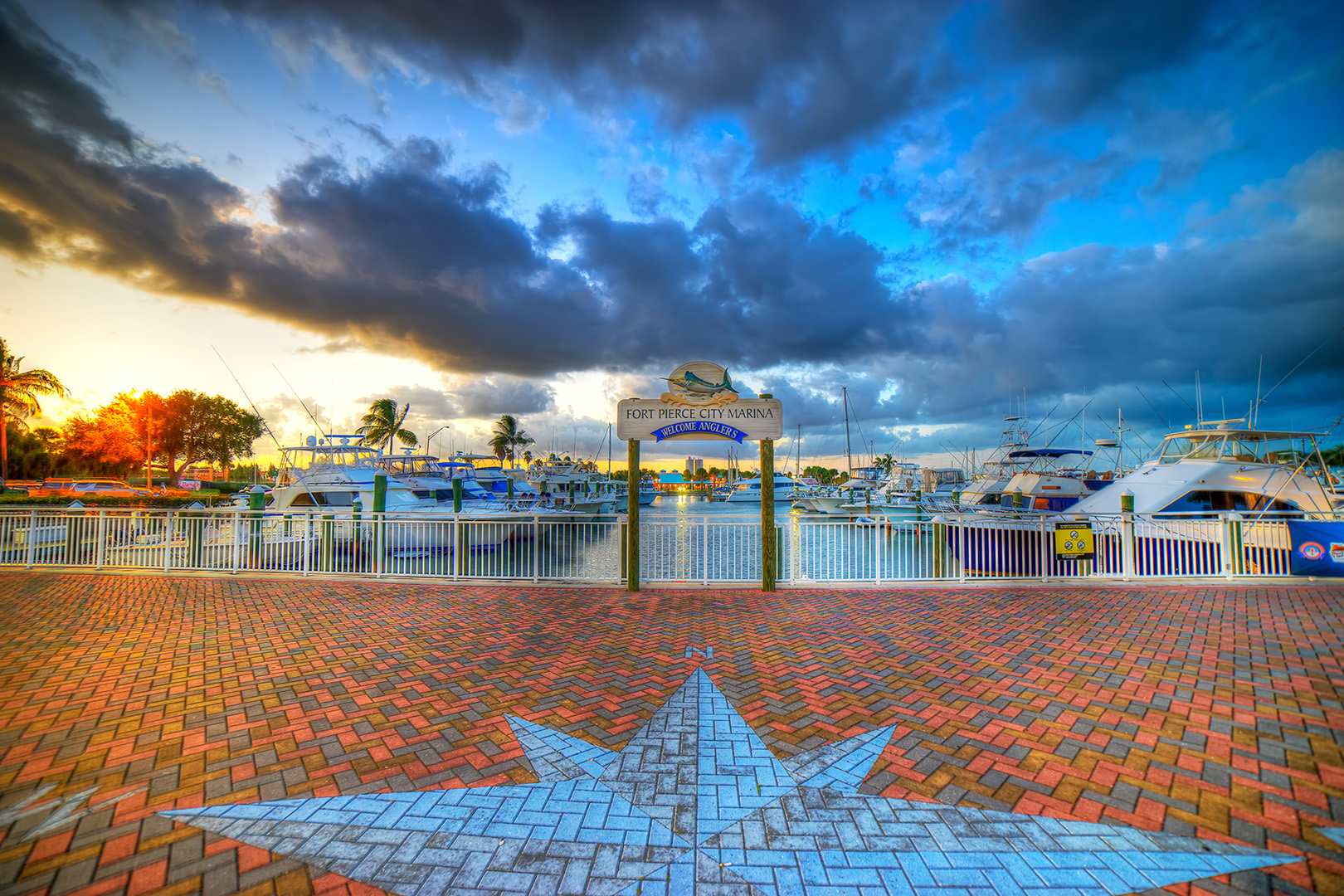 The Family that Fishes Together

The next day after the guys headed home, Jennifer and our boys, Brandon and Jayden, drove from our home in Orlando to go deep sea fishing aboard the Lady Chris charter boat which is also conveniently docked within the Taylor Creek Marina. At only an hour and half’s drive from Orlando and Fort Lauderdale, the St. Lucie area is the perfect weekend getaway, yet maintains a tropical small-town atmosphere that’s more like an exotic vacation.

After a great day of fishing where both Jayden and Brandon caught mangrove, lane and mutton snapper, and Jennifer a huge cobia, we hopped off the boat at the Marina and drove a few minutes to the St. Lucie County Aquarium where my parents joined us for time with the grandkids. With more than 8,000 gallons of marine life, the kids were fascinated by the touch tank and sea life aquariums that reflect the habitats found in the Indian River Lagoon and surrounding ocean.

Driving back home over the causeway, the kids were in the backseat just starting to doze off as the blue incoming tide was rushing into the lagoon.

“Look at that blue water,” whispered Jennifer, as we topped the crest of the bridge.

“Where’ve I heard that before?” I replied.

Glancing in the rearview mirror at the kids fast asleep, then to Jennifer glowing as if it were the first time she knew she was pregnant with our oldest, I thought about it for a few seconds then started planning our next family getaway in this little slice of heaven. 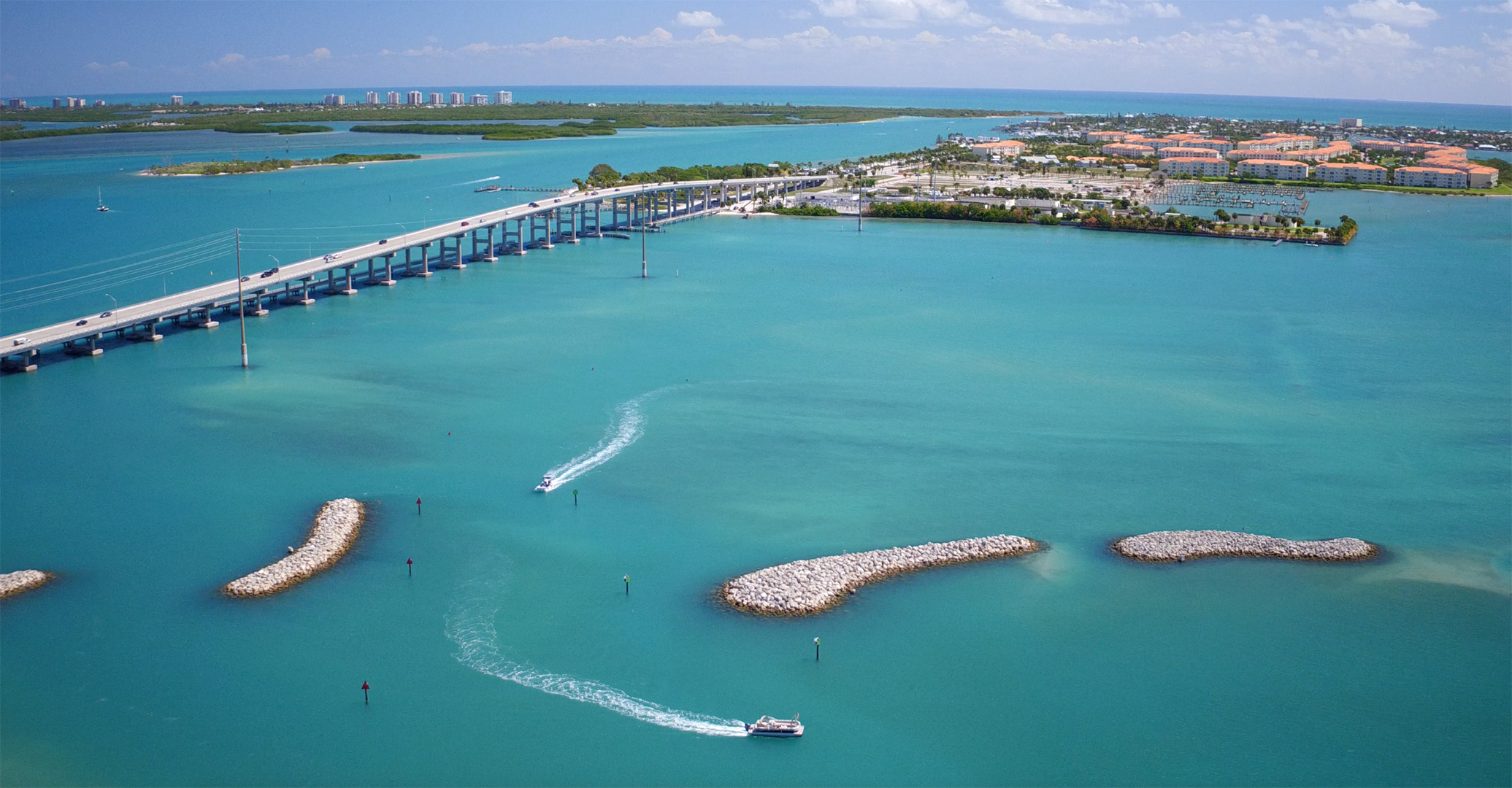 Florida has very broad public records laws. Most written communications to or from County officials regarding County business are public records available to the public and media upon request. It is the policy of St. Lucie County that all County records shall be open for personal inspection, examination and / or copying. Your e-mail communications will be subject to public disclosure unless an exemption applies to the communication. If you received this email in error, please notify the sender by reply e-mail and delete all materials from all computers.

We use cookies to optimize our website and our service.
Manage options Manage third parties Manage vendors Read more about these purposes
Preferences
{title} {title} {title}