The Story Behind the Peacocks of Fort Pierce

I took a walk on the exotic side of town to see Fort Pierce’s very own peacock population.

In the 1970s, Jack Crain opened a travel agency in an ornate enamel tiled building on Orange Avenue. He had a love for peacocks and purchased a few to roam the walled yard behind his business. Over the decades, the flock has grown and cascades into an area called Fort Pierce’s Peacock Arts District. 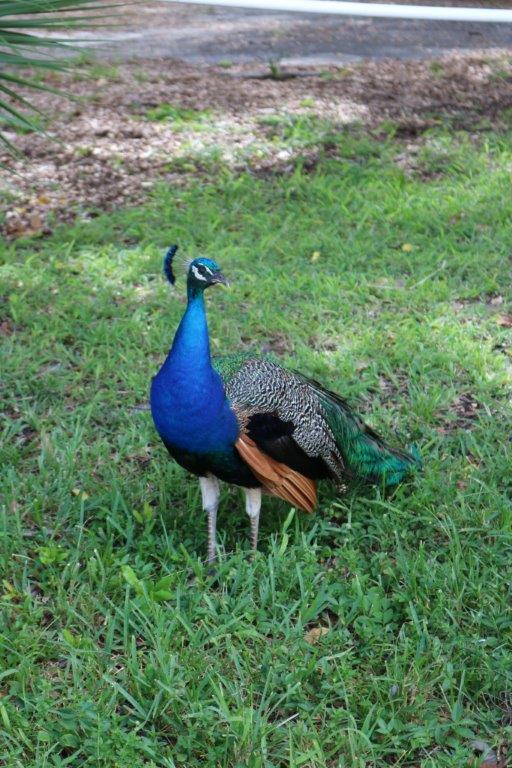 These guardians of the groves are great alarm systems. A trumpeting sound will alert you when anyone is nearby. They strut their stuff across the streets. The vibrant blue males and iridescent green chested hens are sheer beauty in motion. A real traffic stopper: are the new Peacock Crossing signs posted warning drivers to proceed with caution and artfully painted potters that line the streets.

Most of the birds near the Crain building spend their time in the fenced empty lot on the south side of Orange Avenue. They wander in the grassy field, roost on nests, and sit in the towering oak trees. I even noticed a few roosters and ibis mixed right in with the crowd of peacocks. 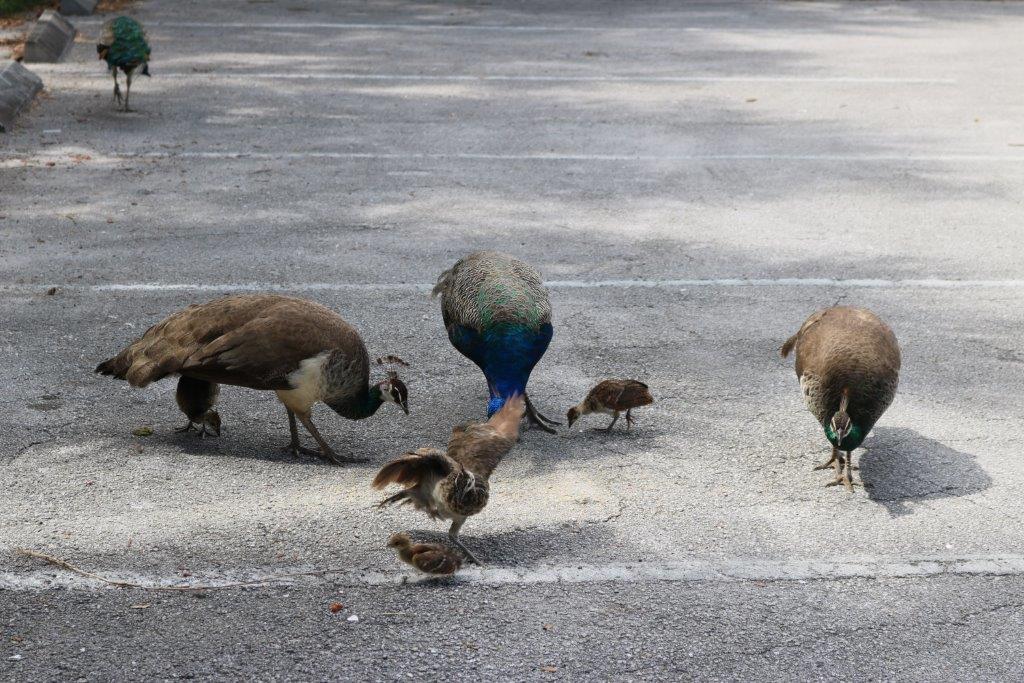 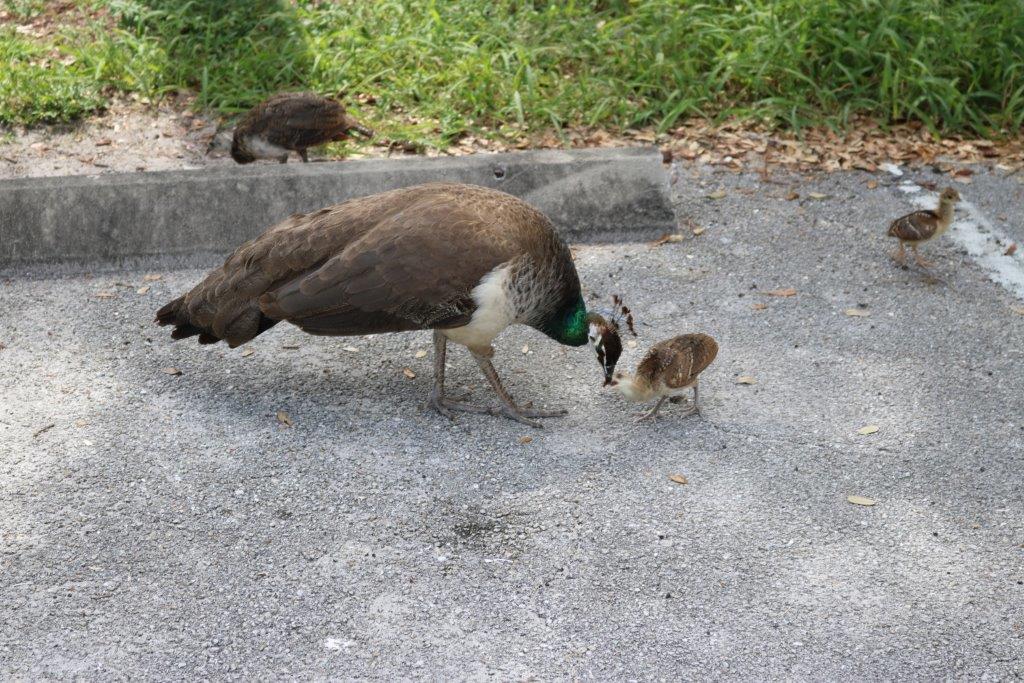 Against the backdrop of stained glass windows, perched on the First United Methodist Church sign, one male appears to call this corner his territory. Slowly spinning in circles with feathers fluttering and brown tail tussling, he tries to attract a mate.

Courtship can happen anywhere, even on a garden wall. A male watched attentively as the female buried her head in her feathers. As she preened herself, he reached over as if to help her search for the bug that was causing her itch. At one point it looked as if they were ready to kiss.

While observing the flock, a peahen passed by my feet with newborn chicks close at her side. They seemed to be very at ease with humans. 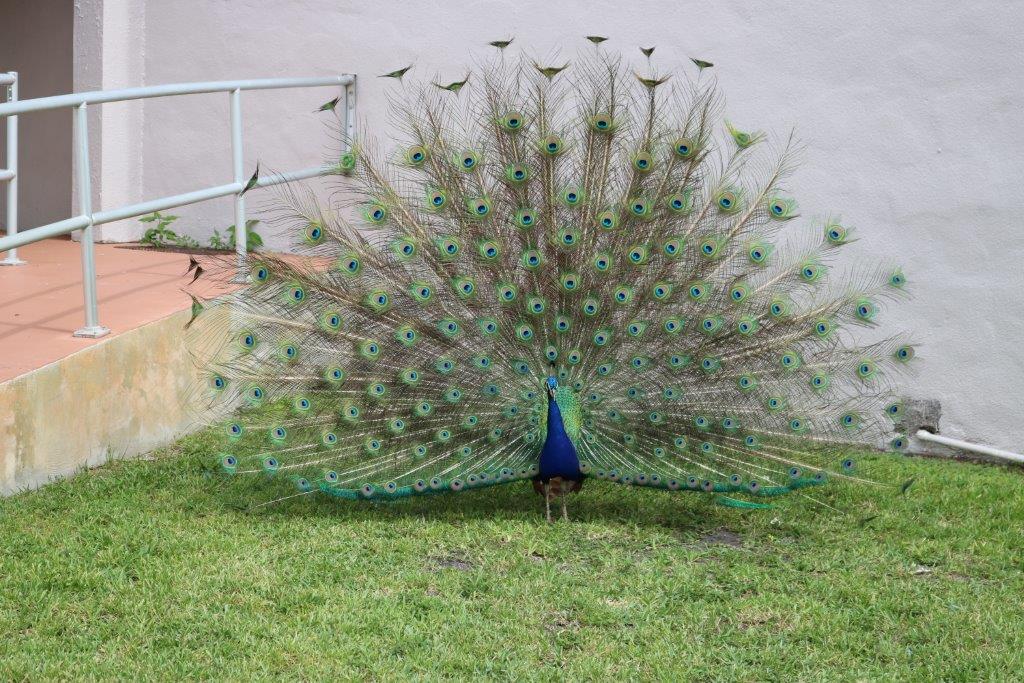 The most amazing thing I witnessed was a male in flight. It was like a mythical creature gliding through the air. His tail feathers were folded straight back, wings spread wide, and claws outstretched. He resembled an eagle coming in for a landing.

The perpetual parade of plumage was a wonderful way to spend the afternoon. 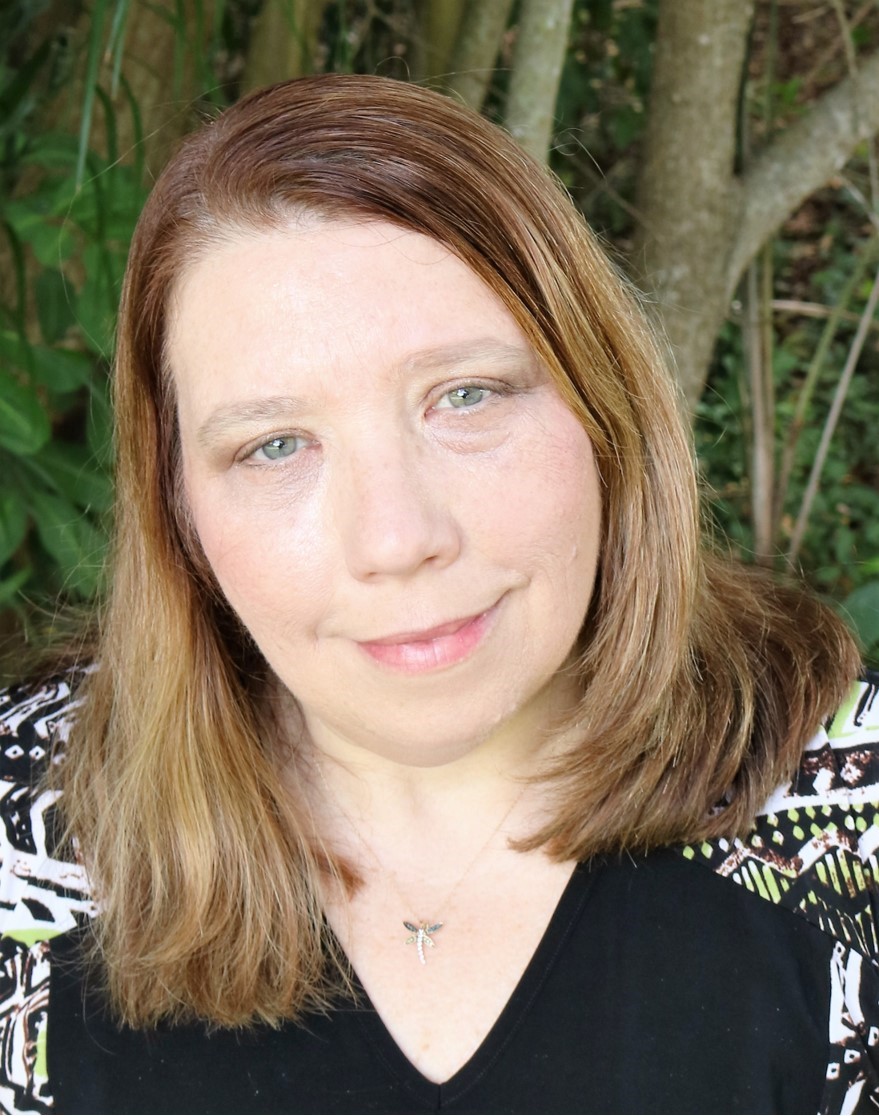 Betsy Delano is a visual communications and advertising professional. She graduated with honors from Florida State University. In 1979, she relocated from Pennsylvania and became a St. Lucie County resident. Her passions include Pittsburgh sports, photography, raising two daughters, and Girl Scouts.